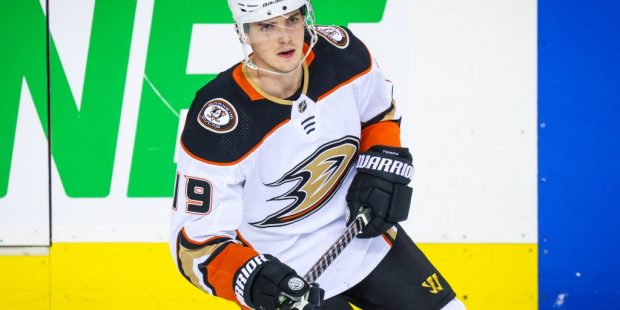 The Anaheim Ducks (23-19-9) travel to meet the Vancouver Canucks (23-21-6) Saturday at Rogers Arena. Puck drop is scheduled for 10 p.m. ET. Below, we look at the Ducks vs. Canucks odds and lines, and make our expert NHL picks, predictions and bets.

The Ducks were blasted 7-3 last time out in Edmonton, and Anaheim has dropped each of the first two games on this road trip by a combined score of 13-5. Anaheim has lost four in a row since its last win, Jan. 29, in Ottawa.

The Canucks posted a 5-4 win in overtime at San Jose Thursday night, and Vancouver has won three of its past four games overall. The Canucks have won two of the previous three games at Rogers Arena, too.

Gibson is in a tailspin since the All-Star break, losing each of his three starts while yielding at least four goals in each of the appearances. He is 0-3-0 with a 6.11 GAA and .830 SV% in the disastrous showings since the break.

On the flip side, Demko has posted three wins in three starts since his appearance in the All-Star Game, although he did cough up four goals in a 5-4 overtime win at San Jose Thursday. He is 3-1-0 with a 2.54 GAA and .925 SV% in four starts in the month of February.

The CANUCKS (-165) have been red-hot, while the Ducks (+133) have really struggled to shut down the opposition. Books haven’t really adjusted, and Vancouver is still only a moderate favorite and a nice value as well as it is playing.

The CANUCKS -1.5 (+150) are worth a roll of the dice on the puck line, even though each of their past two wins are by one goal apiece. Six of the previous eight victories for Vancouver have been by two or more goals, however.