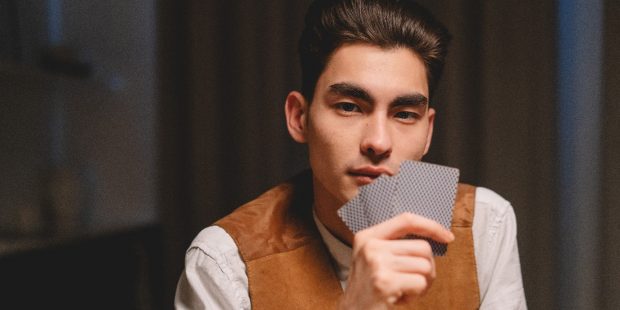 When one thinks of Switzerland, the first things that come to mind have to be offshore banking, low taxation, luxury watches, and fine chocolate. It would not be a stretch to consider that online gambling companies would flock to this prosperous country. However, the situation is somewhat disappointing, especially when considering poker tournaments. Gambling was not allowed in Switzerland for the majority of the 20th century but became legal in 1993.

In recent years, poker has seen a highly unstable environment in Switzerland, even if one in five Swiss citizens can be considered a frequent gambler. Swiss gamblers are very active when it comes to betting on horses, soccer, or lottery games. The Swiss Supreme Court concluded in 2010 that poker is a game of luck instead of skill and placed an immediate ban on poker tournaments. This move badly affected the gambling environment as bars and restaurants often held poker tournaments for their patrons. Poker tournaments could only be hosted by a land-based licensed casino or at the best online casino Switzerland, and the restrictions are still in place today.

The Federal Act on Games of Chance from 2019 made online gambling legal in Switzerland. However, while it did allow all forms of online gambling, it also banned international companies from operating in Switzerland. If companies wanted to operate on the market, they had to hold a Swiss Federal Gaming Board license. With the number of licenses capped at 21, one for each canton, the major poker rooms could not acquire a license unless they established a joint venture with an already established Swiss operator. This move forced significant poker sites like PokerStars or GGPoker to suspend their services. Swiss poker players could not connect to the services mentioned above and were left with scarce options like Grand Casino Baden’s website jackpot.ch, which did not offer poker tournaments.

The Return of PokerStars

As mentioned above, PokerStars had to close their doors to Swiss players because they did not hold a Swiss license. It took them two years of planning to secure such a license, which was only possible through the joint venture with Casino Davos. The new website PokerStars.CH was launched in July of 2021 and allowed Swiss gamblers to register the global platform tournaments. The player accounts and banking methods will be hosted through Casino777.ch, and the gambling license held by Casino Davos is valid until 2025.

Switzerland is divided into 26 cantons but only 19 host casinos. The Swiss Federal Gaming Board regulates 21 licensed land-based casinos.  Let’s take a look at the offerings of Swiss casinos:

Casino Zurich has four full ring tables that host NLHE cash games with stakes up to CHF10/25. Pot-limit Omaha tables are also hosted at CHF5/10 stakes. Unfortunately, Casino Zurich, operated by Swiss Casinos, does not host any tournaments. Swiss Casinos has three other venues in Pfaffikok, Schaffhausen, and St. Gallen. Casino Zurich also hosted the 2021 Swiss Poker Championship that saw Christian von Rohr walk away with CHF 10,000 and the Swiss Poker Champion 2021. Christian has battled 6,490 other players and will be going to Las Vegas to represent Switzerland.
Next to the German border, Grand Casino Baden is home to a few poker tournaments. The biggest event takes place on Fridays, with a CHF 200 buy-in. The smallest buy-in tournament hosted in Baden starts at CHF 99, and cash tables starting at CHF 5/10 are running daily.

The Swiss legalization of online gambling has made it difficult for international gambling companies to enter the market. Unfortunately, apart from PokerStars, none of the other major poker networks plans to join the Swiss market, primarily because of the high gambling taxes requested by the Swiss government that can reach up to 80% of the gross gambling revenue. High-stakes Swiss superstars like Linus “LLinusLLove” Loeliger and Claudio “Swissy” Rinaldi are forced to relocate the different jurisdictions.