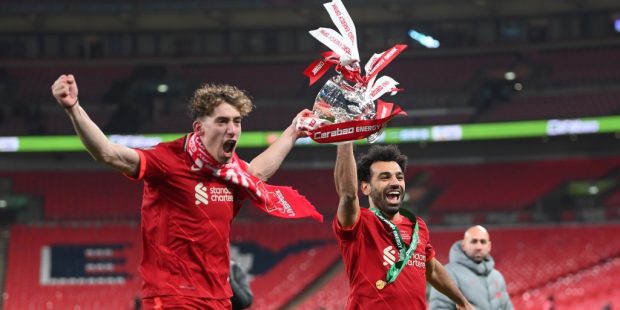 West Ham (13 wins, 8 losses, 6 draws) visits Anfield Saturday to take on Liverpool (18-2-6). Kickoff is scheduled for 12:30 p.m. ET. Below, we preview the Liverpool vs. West Ham odds and lines, and make our best EPL bets, picks and predictions.

West Ham is unbeaten in its last 4 EPL matches (2-0-2), yet lost its midweek FA Cup battle with Southampton. West Ham is in fourth place on the EPL table. In 27 games, West Ham has scored 46 goals and allowed 34.

Key defensive M Tomas Soucek is listed as doubtful, per whoscored.com. As for Liverpool, it’ll be without M Thiago and F Roberto Firmino.

This will be a crucial near must-win situation for Liverpool, which is in second place, 6 points back of Man City. Liverpool has played one less game than Man City, and a win Saturday would cut the 6-point deficit in half.

Liverpool’s 70 goals rank first in the EPL, while its 20 goals allowed rank third. Liverpool defeated Chelsea in the EFL Cup in penalty kicks in its midweek match.

West Ham has shown enough this season to make a Liverpool -340 money line unplayable. Even in a parlay, I’d suggest not playing Liverpool to win outright.

I do like BOTH TEAMS TO SCORE (-122). West Ham’s 46 goals rank fourth in the EPL. It has scored in all but one game this calendar year.

West Ham scored 3 on Liverpool in the two teams’ last battle and also scored in its last matches with Man City and Chelsea, the EPL’s top-two defenses in opponents’ goals.

Liverpool has also scored in every EPL game this calendar year. Its offense has a high probability of beating a mid-tier West Ham defense at least once.

While “both teams to score (-122)” is my favorite bet in this game, betting on offense is going to be a strong play as well. West Ham defeated Liverpool 3-2 in November 2021, scoring every shot on goal it had.

While I don’t expect that to repeat itself, Liverpool’s 16 shots certainly could. Liverpool is averaging 2.7 goals this season, and has had Over 2.5 goals scored in 9 of its last 11 home matches.

Liverpool has gone Over 3.5 goals in two of its last three EPL games.