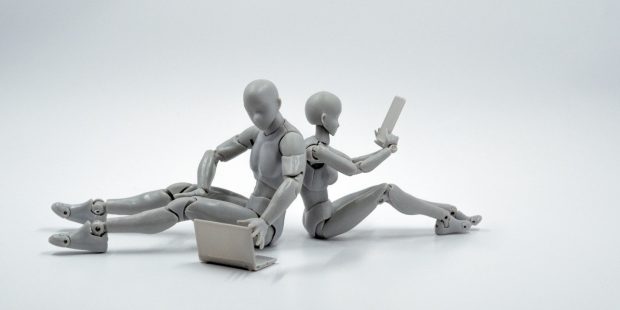 As you might know, professional traders have been using robot software to trade the financial markets for quite some time now. However, there are some clever folk out there that have developed similar bots, but for real-money poker play. Although most online casinos do anything they can to ban these bots, some still seem to get away undetected and continue to rake in on unsuspecting players. In this article we will explain to you all the ins and outs of poker bots and teach you how to detect and play against them.

How to detect a poker bot?

To be able to play successfully against a poker bot, you must of course first be able to detect them. Luckily, there are quite some easy ”tells” that signal you are playing against a bot. One of the most obvious things bots tend to do is always take the same time to react to a situation. This has to do with the way the bot is programmed. The robot software first needs to scan the situation, before it can make an educated move. Although there are some bots that deliberately respond within different time frames to avoid getting detected, for some reason most poker bots don’t and are easy to detect by just this simple tell.

How to exploit a poker bot

This is where it gets interesting. Some of you might already know that once you play versus a bot long enough, you will start to notice rigid and easily predictable patterns in their gameplay. Now the least thing you want to do in this scenario, is ask in chat if the player is a bot or report the player to the casino. There are good reasons why you don’t want to do this: first of all, it could ruin your reputation if the player turns out not to be a bot and secondly, you might as well just exploit the fact that you are playing against a poker robot.

But how do you actually exploit a poker bot? Well, it could actually be easier than you think. Most bots tend to use preset bet sizing, whilst real poker players implement static bet sizing. This means that bots always bet the same amount in similar situations, whereas players would bet different amounts, according to the situation and the strategy that they use. You easily counter this by waiting a bit and then reraising them. The bot will take a few seconds to think as usual and then folds in almost all cases.

How does a poker bot work?

Simply put, a poker bot works by analyzing data. In this case the data gathered from all the different cards being dealt, which are known to the poker robot software. This means that the software knows the two cards it gets and the whole cards in the middle of the table. The bot doesn’t exactly know the opponent’s cards, but can certainly calculate the possible hands and cards they hold. The bot then continues to proceed placing bets according to the gathered data.

To put it in perspective, a poker bot works pretty similar to how Hearthstone, Magic The Gathering and other trading card games analyzing software and deck builders work. It just calculates all the possible outcomes and synergies and bets accordingly. Note that these types of poker robot softwares are far from ”set and forget” and require constant tweaking by their owners to continue to be profitable.

Now that you know how to detect and exploit poker bots, you can’t really complain about them existing anymore and you should just start making profit off them. As we have outlined before: complaining about poker bots in general isn’t a good idea for your poker player reputation. We strongly advise not to use a poker bot yourself, as you can and will be banned by the poker website sooner or later.